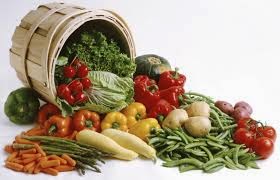 This last week in my Sunday school class we began the book of Daniel.  I love the book of Daniel because, bottom line, Daniel is awesome.  He is cool, calm, and collected; he’s wiser than any other wise man; and, like Joseph, this man can interpret dreams and visions.  But how did he become so amazing?  Did he wake up one day and God said, “Today’s the day for you to become somebody!” and, bang, Daniel suddenly became the great man we read about.  Sounds silly when we say it like that, but I think it’s easy for us to think that people are either great or they aren’t.  It’s harder to see that greatness is more of a process.  Let’s take a closer look at Daniel to see how it really works.

In Daniel 1, we open with the the Babylonians conquering Judah and taking away the best and the brightest.  As part of the process of assimilation, the Babylonians would take the smart, the noble, the good-looking and train them to serve in their governments.  Daniel was one of these individuals.  So Daniel, and three of his friends, were taken from their homes and families and taken to their enemy’s homeland to be trained to be servants.  Daniel was probably about 16 years old.  I can’t imagine how horrifying it must have been to see your home destroyed and then taken captive to serve your enemies.  In my Sunday school class, I asked my class to imagine how we would feel if Muslim terrorists overthrew America then took some of us back with them to train us to serve them.  It would be bad enough to be conquered but taken away from friends and family and home to be a slave?  It can’t get much worse than that.

So when we encounter Daniel in chapter 1 verse 8, we’d expect to find a bitter Daniel.  A Daniel who would think that his God had failed him and that He either couldn’t help or, even worse, wouldn’t help.  That’s not a God he’d be worried about pleasing, would he?  However, this isn’t Daniel’s attitude at all; in verse 8, we read, “But Daniel purposed in his heart that he would not defile himself with the portion of the king’s delicacies, nor with the wine which he drank; therefore he requested of the chief of the eunuchs that he might not defile himself.”  Daniel, in the midst of the worst situation possible, decides to keep obeying the last thing he was told to do and continue to follow the dietary laws of the Jewish faith.  And, living in a pagan country where meat and wine were often offered as sacrifices to idols and then consumed, this means that Daniel is very limited in his options.  Daniel and his friends had been chosen to be trained for three years for service to the king.  Everything about their lives was being decided by other people.  They didn’t choose when they woke up, what they wore, and, certainly, not what they ate.  How could he possibly honor God in this?

However, God was not as absent as it might have seemed He was.  “Now God brought Daniel into the favor and goodwill of the chief of eunuchs [the man in charge of Daniel and his friends].” (1:9)  Because God had already softened the heart of the chief eunuch, Daniel’s request for a different diet for himself and his friends was not immediately rejected.  In fact, Daniel is able to convince the chief eunuch to give them a trial run and to see if, after ten days, Daniel and his friends looked healthy after eating a diet of just water and vegetables in comparison with the rich diet that the other men would be eating.  And here we have what I believe is another intervening hand of God.  Ten days of water and vegetables would have left Daniel and his friends healthy but probably not hardy.  However, verse 15 says, “And at the end of ten days their features appeared better and fatter in flesh than all the young men who ate the portion of the king’s delicacies.”

So what’s the point here?  Do we really think God was overly concerned with their diet? Why was He choosing to intervene in a seemingly irrelevant decision?  The point is God was pleased with their faithfulness.  They had little control over their lives at that moment, but they were determined to be faithful.  They decided to obey even though their worlds had fallen apart and nothing made sense anymore.  In the midst of chaos, they didn’t lose their bearings.  They kept on keeping on.

“His lord said to him, ‘Well done, good and faithful servant; you were faithful over a few things, I will make you ruler over many things.  Enter into the joy of your lord.'” (Matthew 25:21).

This seemingly insignificant event shows that Daniel and his friends were ready to be faithful in whatever God asked of them, and He would ask a lot.  These men men faced fiery furnaces and dens of lions and never wavered.  Where did they get that faith?  By walking faithfully with God through the small things and trusting Him to show up in the little details of their lives.  We might not be able to relate to huge steps of faith they took when standing against a pagan world bent on destroying them and their faith, but we can follow in their baby steps of faithfulness in the way we live our day-to-day lives.

“Oh! it irradiates all our days with lofty beauty, and it makes them all hallowed and divine, when we feel that not the apparent greatness, not the prominence nor noise with which it is done, nor the external consequences which flow from it, but the motive from which it flowed, determines the worth of our deed in God’s eyes. Faithfulness is faithfulness, on whatsoever scale it be set forth.”  —Alexander MacLaren