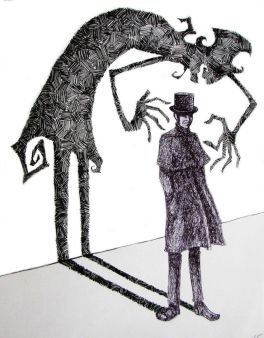 In recent years, the dystopian novel has taken over the movie and young adult market.  Hunger Games burst on the scene with an engaging story of a corrupt government that punishes its people by forcing their children aged 12-16 to participate in a gladiatorial competition every year as a reminder of their rebellion.  Katniss, the main character, emerges as both a winner of the competition and an icon of a new rebellion.  The first book is compelling and intense, but the author struggles to end the series.  Having thrown off the oppressive government, Katniss realizes that the opposing government she helps bring into power isn’t actually much better.  It turns out that the problem is bigger than a series can solve.  Veronica Roth’s Divergent series also wrestles with the same issue, but Roth comes to a different conclusion.

In her novels, similar to the Hunger Games, there is a repressive system and a clear enemy; however, Triss (the main character) realizes sooner than Katniss (and with much more intentionality) that replacing it with a new system doesn’t actually mean anything will be solved.  The overarching theme of the book becomes the individual characters’ struggle with themselves and the need for each character to change themselves in order to bring peace to their world.  It becomes about betrayals, about evil characters trying to change, about “good” characters realizing their own weaknesses, and a final understanding that sacrificial love is the only way anything will be changed.

In short, Roth demonstrates that the real battle is within ourselves, not outside us.

In the current climate of our own world, we are actively looking at the enemies we feel are to blame for the suffering we see around us.  Depending on our circumstances and ideology, we might point the finger at any number of isms: sexism, racism, Islamic terrorism, the list goes on.  There are a million things that divide us, scare us, and anger us.  No matter how horrible they may be, they cannot truly be dealt with until we, like Triss, face our own personal culpability.

This idea is, of course, not a popular one.  It’s easy to see ourselves always the victims of the evil done by others, but the reality is that our own issues are just as much a part of making the world a challenging place to live.  This is what the doctrine of sin really teaches—not that we are all worthless (the Bible would never say that), but that we are all a part of the problem.

When Jesus spoke to first century Jews, they were all fairly unified in their recognition of the evil of their world:  Rome.  Jesus himself highlighted the fact that the real problem that the Israelites faced was not the Roman occupation of their country—it was the sin occupation of their hearts.  In his famous Sermon on the Mount, Jesus expertly reveals that the path to peace is not found primarily through the ceasing of outward struggle.

Here’s a very brief summary of some points Jesus makes in a portion of this fantastic sermon:

Matthew 5: 1-11:  Things are not what they seem.  Those who are oppressed and hurt are the truly blessed of God.

5:31-48:  Give graciously and love sacrificially—even those who don’t deserve it.  It is, after all, how God relates to us.

This message flies in the face of our victim mentality.  We are, of course, to oppose evil, but this is only possible when we are actively opposing the evil within ourselves.

The Strange Case of Dr. Jekyll and Mr. Hyde illustrates this idea in an unusual way.  Dr. Jekyll, a scientist, learns how to separate his “evil” side from his “good” side by taking a potion that causes the evil side of him to separate physically from his better, more virtuous self.  His body actually changes to represent the evil side of his character.  Note his observation:

The evil side of my nature, to which I had now transferred the stamping efficacy, was less robust and less developed than the good which I just deposed.  Again, in the course of my life, which had been, after all, nine-tenths a life of effort, virtue and control, it had been much less exercised and much less exhausted.  And hence, as I think, it came about that Edward Hyde was so much smaller, slighter, and younger than Harry Jekyll.

That, however, is soon to change.  Now that he has this power, he finds himself able to give free vent to his baser nature without anyone connecting this with the reputable Dr. Jekyll.  Though he thinks he has everything worked out, things begin to get out of his control.  Mr. Hyde, in a fit of rage, bludgeons a man to death in the street and is now a wanted man.  Disgusted, Dr. Jekyll vows never to take the potion again and to keep Mr. Hyde controlled.  However, to his horror, he finds himself randomly turning into Mr. Hyde without the potion and now needs the potion to become Dr. Jekyll.  Having given full reign to Mr. Hyde, he finds that this evil person has become who he really is, and his kinder self, Dr, Jekyll, is now the alter ego.

There is much that is biblical in this novella. Like Dr. Jekyll, we too face a battle—a battle between our “old self” and the “new self.”  Ephesians 4:22-24 tells us “to put off your old self, which belongs to your former manner of life and is corrupt through deceitful desires, and to be renewed in the spirit of your minds, and to put on the new self, created after the likeness of God in true righteousness and holiness.”  Like Dr. Jekyll, we will find that the “man” we give exercise and nutrition to will be the one who reigns in us.  And these things start, not surprisingly, in our minds.  The way we think must be renewed by the word of God, and it is a daily process of choosing to align our thoughts with God’s truth.  There is nothing easy about this, and a true believer will recognize that the biggest battles they will ever face will be with our own inclinations—to anger, to fear, to selfishness, to unforgiveness.

And truly it is a battle we will fail unless we have the help of a Savior who has already won the war.  We cannot look outside of us and blame others and the systems of the world for our problems, and neither can we adequately master the Mr. Hydes of our heart.  Only in Christ can we truly face the reality of our weaknesses and find a Savior ready to help, to redeem, and to transform.

The alternative is a frightening and repetitive reality that we see throughout history and in our own lives:  we will all fight to depose the Mr. Hyde of the world, only to realize our own Mr. Hyde has taken his place.