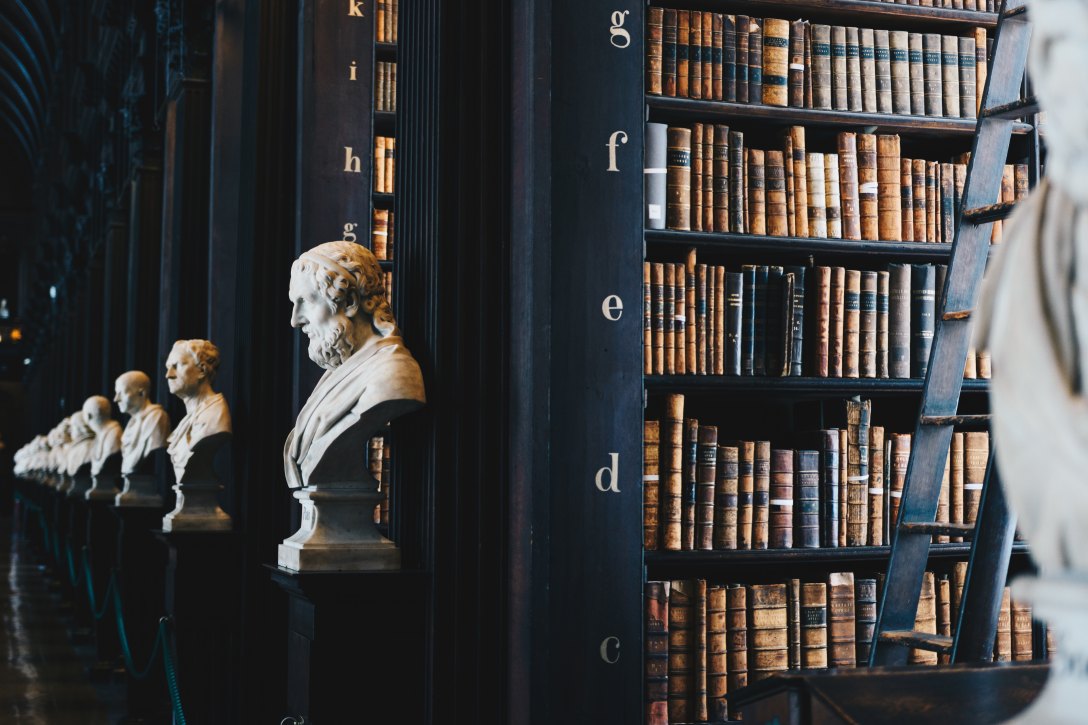 Just recently the award inspired by Laura Ingalls Wilder, author of the Little House on the Prairie series, was renamed. The reason related to the apparent racial insensitivity of her books. The association’s president Jim Neal is quoted as saying, “Wilder’s books are a product of her life experiences and perspective as a settler in America’s 1800s. Her works reflect dated cultural attitudes toward Indigenous people and people of color that contradict modern acceptance, celebration, and understanding of diverse communities.”

This move has prompted discussion on censorship and, more importantly, how to handle texts written in different time periods and cultures, much of which could be found inappropriate by today’s standard of morality. The literary approach of the last decade has been analyzing literature from this perspective, creating an atmosphere of judgment instead of understanding. From our standpoint, standing upon the shoulders of hundreds of years of activists, we look with derision upon the attitudes and beliefs of the past, believing we are morally superior. We exhibit C.S. Lewis’s chronological snobbery, focusing in on what we believe are their moral failings.

Viewing Scripture Through Our Cultural Lens

This point of view is not put aside when reading Scripture either. Any reading through the Old Testament will bring up questions concerning virtue in the use of warfare in conquering land, the practice of slavery, the treatment of women, and more. These are valid concerns, as we look to Scripture to clarify God’s visions and purpose in man. However, we do well to remember that the people of the Old Testament were people greatly influenced first by their own cultures, just as we are. In The Lost World of the Flood, Longman and Walton explain the following:

We will illustrate by using the metaphor of a cultural river. In our modern world the cultural river is easily identified. Among its currents are various fundamentals such as rights, freedom, capitalism, democracy, individualism, globalism market economy, scientific naturalism, an expanding universe, empiricism, and natural laws, just to name a few. Some may wish to float in these currents, while others may struggle to swim upstream against them, but everyone in our modern world inevitably is located in its waters. Regardless of our diverse ways of thinking, we are all in the cultural river, and its currents are familiar to us.

The people of the OT were a part of the ancient cultural river–one that emphasized “community identity, the comprehensive and ubiquitous control of the gods, the role of kingship, divination, the centrality of the temple, the mediatory role of images, and the reality of the spirit world and magic.” It is in this world, broken as it was after the fall, that God spoke into calling His people to both float along the cultural river of their times but also challenging them to swim against the current in a dramatic fashion.

Paul Copan in his book Is God a Moral Monster? states “God raised up a covenant nation and gave the people laws to live by; he helped to create a culture for them. In doing so, he adapted his ideals to a people whose attitudes and actions were influenced by deeply flawed structures.” God worked within the framework that the people were already familiar with, but with the understanding that even this new system was still flawed (Jeremiah 31 and Ezekiel 36) and required further change.

Transformation in the New Testament

In the NT, we see a transformation of ideals in the initiation of the New Covenant that emphasizes Christ’s sacrifice for all people. Still set in ancient culture, this idea was remarkable. While topics of slavery and the treatment of women were not specifically addressed in the way we would expect, this denotes a marked change in the prevailing attitudes of the time.

Nancy Pearcey in her book Love Thy Body addresses how this affected women in particular.

In ancient cultures, many marriages were not love-based. Spouses were selected with an eye to things like social status, property rights, and legal heirs. In sharp contrast, the New Testament taught men to “love their wives as their own bodies.” The husband’s headship was redefined as self-sacrifice, modeled on Christ’s sacrificial love (Eph. 5: 25-33). Men were not to abandon their wives through divorce. They were not to abuse their wives physically or emotionally: “Husbands, love your wives and do not be harsh with them” (Col. 3:19).

Probably the most radical change for this culture was the emphasis on the husbands to remain faithful to their wives, reserving sexual relations for her alone. In this culture, it was common for the husbands to seek sexual attention from slaves and prostitutes. The NT teaches that a man is sinning by doing this, a revolutionary thought. Pearcey quotes Beth Felker Jones who states, “people thought men couldn’t commit adultery…[Jesus] challenged the whole market economy that would buy and sell bodies, especially women’s bodies. Adultery isn’t a property crime. Adultery is a violation of God’s intention for humanity…Jesus radically equalizes the man and the women in the one-flesh union.”  By addressing this relationship and God’s ideal for it, women’s positions were elevated.

This slow work of cultural change has been the church’s work for the last two thousand years. This starts not just with the NT, but with God’s clear pronouncement of the value of men and women seen in the garden, regardless of skin color.  Over the years, countless believers have stood against the cultural river to remind us of God’s truth–people like William Wilberforce and Sojourner Truth.

We cannot forget though that this progression hasn’t always moved clearly forward. Slavery had been all but abolished during the Middle Ages, only to be brought back during the time of the Enlightenment. As a culture, we take steps forward, and we take steps backward. Often, we cannot even see the blind spots of our own times because we too are in the cultural river, influenced by its flow.

Be Humble, Be Grateful

This reminds us to be humble. Humble as we look around us and look behind us, knowing that we still have much to learn even from those we might deem morally inferior. We have only come this far because of the sacrificial work of those who have gone before. We are, like Bernard of Chartres identifies, dwarfs standing on the shoulders of giants. John of Salisbury explains that “we see more and farther than our predecessors, not because we have keener vision or greater height, but because we are lifted up and borne aloft on their gigantic stature.”

The challenge, then, is in our state of humility to be careful to not try to erase our past, lest we remove the foundations upon which we now stand. God alone has the complete vision and is doing His work in us and within our cultures. Right now, our greatest works lie in the work God is doing in our own hearts, transforming us individually. It is then that the tide of the cultural river can change course. Let us focus on actually living the moral truths with which we judge our predecessors and our culture. Our actions, more than anything, can reveal the truth of the value of all people both past and present.

Tatyana Claytor is primarily a lover of story and truth. As an English teacher, she is surrounded by the stories of the ages, but as a lover of God, she is enveloped in the Story beyond all ages. Her desire is to know the Author of this story as clearly as possible that she might help others see God’s truth in their lives and His plan in their stories. She currently lives in Cocoa, Florida with her three story-loving children and her husband, a minister of Youth and Missions. She has a Master’s degree in Education from Nova Southeastern University and a Master’s degree in Professional Writing from Liberty University. She is also the editor for Growthtrac Ministries, a website dedicated to helping marriages. View all posts by tclaytor