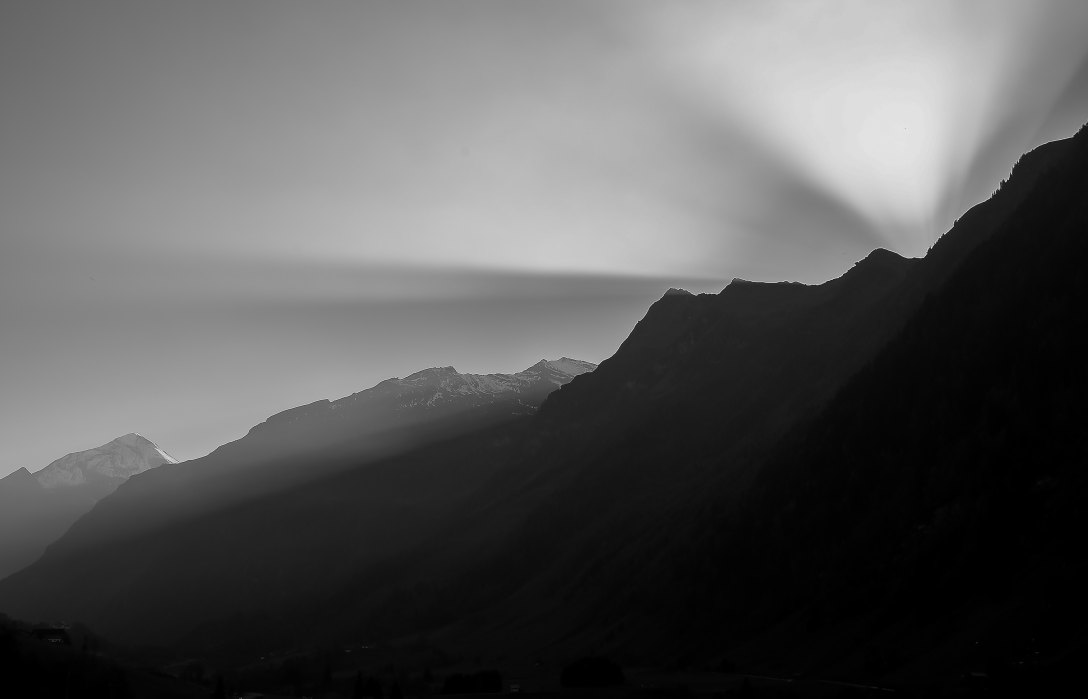 Have you ever wondered why there is such a thing as day and night? We could have had perpetual daytime if God so pleased. Instead, He decided that (even before the Fall) times of sight and times of hiddenness were necessary. Perhaps part of it was to ensure we would take the rest we all so need and rarely take. It could also have been a reminder of our general neediness–the fact that without light, we are blind and helpless, plagued by fears.

I like to think there is one other possible reason–to remind us that there is much that is hidden from us.  In fact, the greatest works of God are often the ones impossible to see. A great example is conception. Life could have been created in many different ways. We could have laid eggs like the amphibians and fish. Instead, “you formed my inward parts; you knitted me together in my mother’s womb…my frame was not hidden from you, when I was being made in secret, intricately woven in the depths of the earth” (Psalm 139: 13, 15 ESV). The greatest physical miracle on earth happens in secret, only the recent ultrasound breaking into this world. And, even at the beginning of a pregnancy, there isn’t much to proclaim to the world what amazing works are taking place within.

Jesus spoke of hidden things in his parables concerning the kingdom of God. There are two in Matthew 13 which address this–“The Parable of the Hidden Treasure” and “The Parable of the Pearl of Great Value” (vs 44-45 ESV): “The kingdom of heaven is like treasure hidden in a field, which a man found and covered up. Then in his joy he goes and sells all that he has and buys that field. Again, the kingdom of heaven is like a merchant in search of fine pearls, who, on finding one pearl of great value, went and sold all he had and bought it.”

In both situations, the kingdom is something hidden that is found and deemed to be the most valuable thing they have ever encountered, worthy of selling all they have in order to gain it. This is not a treasure out in the open to be admired and that brings fame and recognition. Instead, it is something kept from sight.  This hiddenness though does not diminish its value.

This is not the only place where Jesus compares the kingdom to something unexpected.  He also speaks of tiny mustard seeds that burst from the ground to become towering trees and places of refuge for birds and of the diminutive leaven that is worked throughout the whole dough. In both, the kingdom is something small, hidden even, that changes the environment in a dramatic way.

Paul also discusses the mystery of the Gospel. He uses the Greek word mysterion meaning “what can only be known through revelation” (https://biblehub.com/str/greek/3466.htm). He uses this term in reference to the Gospel multiple times in the New Testament (Colossians, Ephesians, 1 Corinthians, and Romans).

In Ephesians 5, Paul discusses the marriage relationship and states, “Therefore a man shall leave his father and mother and hold fast to his wife, and the two shall become one flesh. This mystery is profound, and I am saying that it refers to Christ and the church.” (Ephesians 5:31-32 ESV italics mine).  There are many interpretations of this particular passage. He speaks in this passage about the roles of husband and wife, but earlier in the book, he uses the word mystery to describe the Gospel. It is possible he is comparing the hidden intimacy and union of man and wife with the mystery of God’s union with humankind.

That reference is challenging for us though because our culture no longer sees the union between a man and woman as something mysterious. Movies display this act with detail and realism.  Though this is meant to be something private, we have all become voyeurs. Even with all this exposure though, we must admit to ourselves that the act of sex is still a mystery to us because the results continue to surprise us. We are realizing that there is something profound going on, helping us to begin to understand why the hookup culture brings depression and sexual abuse brings such pain. When a man and woman come together, something occurs that is bigger than they are individually. In some way we cannot fathom, this is also a picture of the work God does in the hearts of those who have chosen a relationship with Him.

God has graciously invited us into the mystery of the Gospel relationship. Hannah Anderson in her book Humble Roots explains it this way:

We want to walk into our local grocery store any time of the day, any day of the week, and pick up a red tomato. We want the certainty of knowing that a tomato is always within reach. In much the same way, we want the certainty of knowing that the answers to life’s questions are always within reach. When a problem or choice presents itself, we don’t want go through the growing process; we want an answer immediately. So just like we’re content with mealy, prepackaged tomatoes because they’re easy and readily available, we’re also content with mealy, prepackaged answers because they’re easy and readily available. But humility teaches us a better way. Humility teaches us to wait for God for answers. Humility teaches us to let knowledge ripen on the vine.

God does things in His own time, revealing and keeping hidden what He chooses. Even Jesus Himself acknowledged that He did not know the day and hour of the second coming.  He did, however, trust the one who does know. There is much more hidden from our finite minds about the world and how God is working within it. We should grasp with delight and reverence what has been revealed but also admit that there is so very much that we don’t know. Moses spoke beautifully when he said, “the secret things belong to the Lord our God, but the things that are revealed belong to us and to our children forever…” (Deuteronomy 29:29).

We are so very fortunate to be living in a time of revelation that even angels desired to see. Our job now is to share this revelation but to do it with such humility, realizing that we can only see dimly on this side. I look forward to a day when we will see fully, eyes no longer veiled to the truth of who God is. For now, I will cherish every glimmer I see, knowing that I will never exhaust the boundlessness of who He is or what He has done for me. For this reason,  I am filled with wonder and gratitude.

Photo by Hans Veth on Unsplash