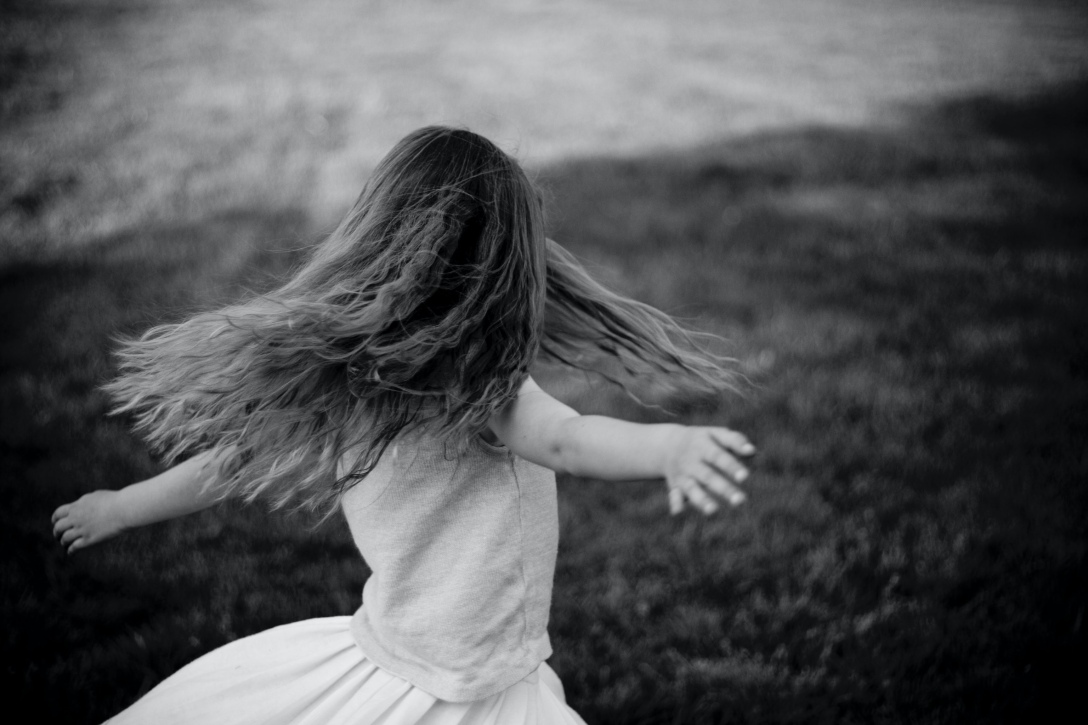 As I walked through the hotel lobby, I felt the eyes of hotel staff and patrons eyeing me coldly. The regal and historic Mayflower Hotel in Washington, with their presidential visits, boasted as the city’s second best address, with the first being the White House. We stumbled towards the concierge, me, dressed shabbily in stained jeans and a wrinkled t-shirt and unkempt hair, beside my older sister, tall for her ten years of age, and my mother, beautiful in her red, silk blouse but noticeable, speaking too loudly and acting erratically.

We stood uneasily at the heavily ornamented reception desk illuminated by a lamp stand with what resembled crystallized candles. Dressed smartly, in a black suit and tie, the attendant looked us up and down with barely concealed distaste.

“How can I help you?” he asked, doubting we wanted a room.

My mother, with chiseled Cuban beauty and wild, black hair, smiled her radiant smile, and answered, “A room, of course, for me and my girls.”

My sister and I looked nervously at each other. This would be one of many hotels we had recently stayed at hiding from her supposed enemies, though none had been as nice as this one.  My mother suffered from paranoia and  bipolar disorder, bringing chaos and upheaval into my young life.

As they worked out the details of our stay, the attendant seemed suspicious, most likely doubting from our appearances that we had the money to pay the exorbitant price of the hotel. He was right, of course.  My father, whom my mother left behind in Bermuda, still worked feverishly to pay for all the debt my mother incurred. She had moved to the States three years ago when her Cuban father died without her getting to see him again–the event that pushed her over into insanity.  Despite this, my father still held out hope that we could be reunited as a family. What happened at this hotel put an end to that dream once and for all.

As we walked into our hotel room, I was slightly surprised that it wasn’t nicer for how grand the entranceway was with golden doors and glittering, hanging chandeliers. Instead, two double beds with an air of ancient aristocracy and an odor of age dominated the fairly small room. The funny door knobs didn’t turn very well and the footed bathtub spoke of an era gone by. This was not my idea of fancy. I, instead, had imagined a giant room with a big jacuzzi tub reminiscent of tacky Las Vegas hotels.

The next day, my mother took us shopping, buying us clothes that made us fit the image of the posh hotel. I had picked out a knee-length pink dress with lace trimming around the chest, and my shoes were black and shiny with a small heel. The only flaw was that my mother required me to wear itchy stockings which I detested.

As our taxi pulled up to the entrance of the hotel, I looked up at the triple-crescented awning, golden and lit up, that sheltered the hotel’s opening from recalcitrant weather.  The bellboy clad in traditional suit and hat opened the car door to our taxi and smiled.

“You look very nice,” he stated, nodding at my improved appearance. I smiled a glorious smile back, in imitation of my mother, feeling quite superior to this lowly footman.

This time, as I walked through the lobby my black, shiny shoes clacking away happily on the gleaming, tiled floor, we were met with looks of approval. I wanted to be this new person that they liked. I wanted to peel off the old persona of a wayward child that the last three years of my life had created.

Those years with my mother had been chaotic. Our apartment in Alexandria, Virginia was always a mess; we had to pick our way through the debris on the ground to get to beds and couches. My sister and I, unhindered, decorated the walls with crayon and permanent markers. We were even banned from stores in the area for our constant thieving. In first grade, I decided that I did not want to go to school and for a solid month, I pitched a fit so big that my mother gave in and kept me home. This feeling of out of control was part of my life, and though I took advantage of it, I hated it. I never felt safe.

When my mother’s eccentric ways turned to full blown paranoia, we lived instead in hotels, moving every few days lest we be “found.” My mother bought a gun to defend herself, one she used to shoot a hole in a wall at a hotel because the people in the next room wouldn’t turn the TV down. I remember waking up to the loud blast. I had been sleeping on the pull out couch and awoke with a start to the loud gunshot. Jolted into awareness, I heard my mother shouting at the wall:  “I told you to turn the damn TV down! My kids are sleeping!” The irony of the situation seemed lost on her.

A few months later, we ended up at the Mayflower, where I suddenly felt the weight of my mother’s strangeness. I was embarrassed, even at seven years old, and just knew from looking at the people there, that I wasn’t quality like them.

In the evenings, my mother would recline in the grand sitting areas on the velvet couches, while I danced around the room to the classical music being piped in. Some of the staff thought I was cute in my juvenile innocence though they looked askance at my mother.

Once when I was walking around the hotel exploring, I overheard why they kept staring at her.  Two hotel attendants walked ahead of me clearly describing the crazy lady with two daughters who didn’t belong here.

Looking back at me, she muttered to her neighbor, “That poor girl. Her mother is nuts. Last night, she came downstairs practically naked and screamed when we told her to go back to her room. They need to leave!”

To be sure, though, we had outstayed our welcome, and one evening, a crowd of employees and police officers were in our hotel room with raised voices. As a child watching this scene, I could not really understand what was going on. There were demands for payment, and my defiant mother yelled out, “Arrest me then!” So they did. Her defiance quickly melted into hysterics when they put the handcuffs on, and  she screamed out to my sister and I to hold her hands so they couldn’t take her away.

We stood there in shock. What would happen to us? Our father was in Bermuda. We had been essentially homeless for months. Any sense of comfort or stability that I might have had under the flimsy protection of my mother was ripped away from me in that moment. It was in that moment that I realized that the worst thing I could imagine could really happen. I really wasn’t safe.

The months and years following this event reasserted this fear in my life. The chaos continued while we lived with my grandparents and their angry and abusive son. In my teen years, we finally returned to Bermuda and my father where my sister’s own disillusionment led to tension with my father. Their fighting and my attempts to resolve it characterized my tween and teen years.

Finally, in college, drowning in my fear and self-hatred, I reached out to Christianity which I hoped would bring peace into my life. I was wrong. In my passion to find a safe place, I felt that if I could please God with my holiness, the proper attire of a believer, that I would win His approval. Instead, I felt crushed under the weight of His expectations, unable to truly be the quality Christian I felt He required. His eyes, like those of the hotel staff, seemed always measuring me and finding me wanting.

It was in this place of profound despair that I came to understand the Gospel in all its refreshing, yet brutal, truth. Deep down, I knew I was that trashy girl who didn’t deserve a place. I thought I could by sheer effort transform myself into something suitable, maybe even something enviable. God, in His mercy, let me fail again and again. In fact, my entire faith journey over more than eighteen years has been a digging to find that girl under all my accoutrements of protection. Instead of protecting me from my worst fear of worthlessness, God has pressed in, forcing me to face him as that vulnerable little girl who wants to please. It is here that I come as I am and surprisingly find, not judgment, but grace, and a place of peace within the chaos.

Despite now being an adult and in control more or less of my environment, I have found the chaos cannot be kept at bay, no matter how hard I try. Everyday, I am forced to come again to the Cross and admit my weakness. It is a difficult path but one with unexpected treasures. Here, although I am vulnerable and raw, I am known and loved. Here, I surrender my futile attempts at control for the peace that somehow this craziness will be transformed into something glorious. Then, one day, I will walk through an even grander entranceway into a world of true beauty where my garments of rags will be exchanged for robes of surpassing beauty, and I will finally be safely home.

Photo by Scott Higdon on Unsplash