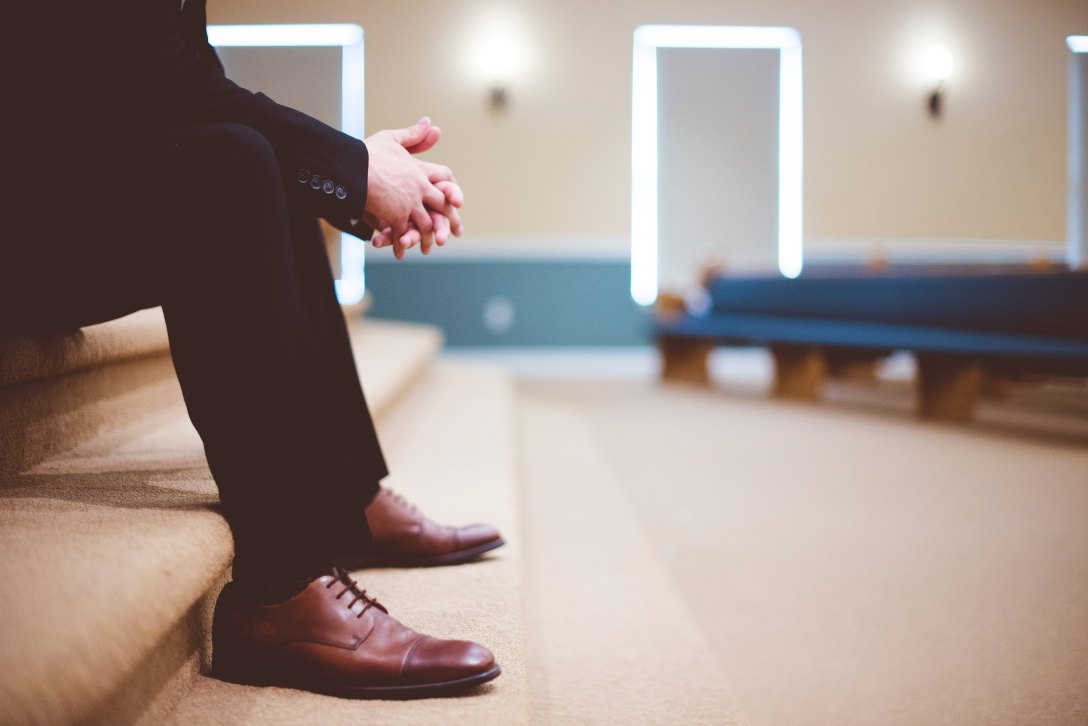 Back in the days of CDS, my daughter’s favorite was God’s Top Ten, a collection of songs that puts the Ten Commandments into kid-friendly language. Her favorite was “Don’t Bow Down to Idols.” Accompanied by what is meant to sound like an Egyptian tune, the words send a warning:

In the olden days

people used to bow and pray

to the idols all, fat, medium and small

they would bow and grovel down on their knees

slobber on their idols

and kiss their feet

what a silly sight

you can see it did no good

for the statues were made of metal, rocks, and wood…

Don’t bow down to idols

Perhaps she liked this song because, unlike the other commandments about respecting parents and being truthful, this one seemed impossible for her to break. Though modern man laughs at those who worshiped metal, rocks, and wood, we are aware of our own temptations of the obvious sort: power, money, and sex. However, the idolatry we should fear as the church is the destructive idolatry of reputation.

anything more important to you than God, anything that absorbs your heart and imagination more than God, anything you seek to give you what only God can give…An idol is whatever you look at and say, in your heart of hearts, ‘If I have that, then I’ll feel my life has meaning, then I ‘ll know I have value, then I’ll feel significant and secure.’ There are many ways to describe that kind of relationship to something, but perhaps the best one is worship.

His definition translates the often impossible-to-imagine scenario of idol worshiping to our modern context. The church must ask herself what it is that we want more than anything else? Lately, with the #churchtoo movement and revelations of sexual abuse in the Catholic church, it is clear that the church is willing to tolerate heinous sin in order to protect the reputation of the church.

New York Times published an article about Bill Hybels, founder and former pastor of Willow Creek Church. Pat Boranowski explains how he had inappropriately touched her on numerous occasions. She didn’t say anything at the time. She explains that

The Washington Post also notes that when Megan Lively was raped by her boyfriend, Paige Patterson then president of her seminary, encouraged her to forgive him and not report the incident to the police lest the church be given a bad reputation.

Fear of Harming the Church

In both of these situations, fear of damaging a reputation created scenarios where sin was covered and harm done to victims. The reasoning seems valid though–why should the church air its dirty laundry? Won’t that hurt the cause of Christ?

Ironically, reputation was not something Jesus emphasized at all. In fact, he appeared to deliberately do things that confused, offended, and revealed the sins of the people of his day. When discussing John the Baptist (a very polarizing figure), Jesus criticized their unsatisfiable expectations:

To what then shall I compare the people of this generation, and what are they like?  They are like children sitting in the marketplace and calling to one another,
“‘We played the flute for you, and you did not dance; we sang a dirge, and you did not weep.’
For John the Baptist has come eating no bread and drinking no wine, and you say, ‘He has a demon.’ The Son of Man has come eating and drinking, and you say, ‘Look at him! A glutton and a drunkard, a friend of tax collectors and sinners!’ Yet wisdom is justified by all her children.” (Luke 7:21-35 ESV)

Jesus’s sole concern was in accomplishing the will of the Father, no matter how odd that might appear to others. Whether this was healing on the Sabbath, claiming authority to forgive sin, sending a herd of pigs to their death or making mud to heal a man’s eyes, Jesus’s actions were often inscrutable and always criticised.

We Can’t be People Pleasers

Paul also had something to say about people pleasing. In a letter that lambasts the legalism of his time, Paul asserts, “For am I now seeking the approval of man, or of God? Or am I trying to please man? If I were still trying to please man, I would not be a servant of Christ.” (Galatians 1:10 ESV). In many of Paul’s letters, particularly to the Corinthians, he discusses the pressure to conform to their standards. Instead, Paul was determined to follow God’s plan for his life, even if it meant doing things that the church disapproved of like going back to Jerusalem and certain imprisonment.

This should be the mission of the church. We the church should not be afraid of being misunderstood and, instead, be dedicated to truth in the inward parts. It is dangerous to cover things that are evil fearing it might damage the church. Our witness isn’t in our goodness but in His. The gospel proclaims our brokenness, and it proclaims Christ as the only one to whom we can go for help. When we try only to fulfill expectations, true correction and healing cannot be accomplished. Instead, it takes boldness and focus.

As B.B. Warfield says, “Let us, then, cultivate an attitude of courage as over against the investigations of the day. None should be more zealous in them than we. None should be more quick to discern truth in every field, more hospitable to receive it, more loyal to follow it wherever it leads.” In this way, we will no longer worry about the appearance of evil, but we will have routed out the very form of it in our midst. This is only possible when we’ve relinquished the idol of reputation and, instead, have erected the beacon of truth.

Photo by Ben White on Unsplash

2 thoughts on “Idolatrous Reputation: How the Church Idolizes Reputation at the Cost of Truth”